The True Story of the Bloomers Story 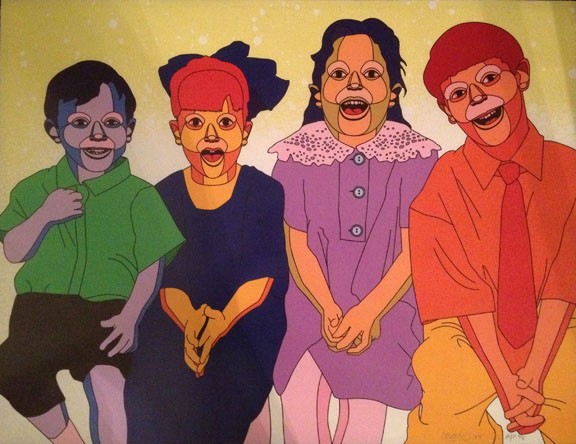 As a published children’s book author, people have often asked me how I came up with the idea for my book series, Bloomers Island by Rodale Kids, an imprint of Random House Children’s Books. Most people don’t know that my stories are based on my own children from many years ago. It all started with my daughter, Sophia.

When Sophia was in preschool she had two best friends, Rosie and Lily, whose names were not as ubiquitous as they are today. I thought, how sweet, they are like little flower girls. Around the same time, I hired a babysitter named Iris. She was older, single and childless and not the warmest or most fun babysitter, but with four kids and only five years between the oldest and youngest, safety and control were more of my concern.

My kids didn’t really like Iris. She made them eat their vegetables, take their plates to the sink after dinner and take a bath before bed. I LOVED Iris. I always knew that with her iron rule, there was little chance for any mishaps. I was right.

I started thinking about a make believe, little group of flower girls and tree/plant boys, that had to tolerate a babysitter that they thought was mean. Her name was Iris, and she wore a live snake boa, and had a swarm of pet bees. She foisted all kinds of arbitrary and unfair tasks, rules and chores on them. Some of her more egregious assignments were scrubbing the floors with a toothbrush and then brushing their teeth with it after. Or they had to eat manure (cow poop) — which is fertilizer for plants, but … did it taste good? Or being drenched in cold rain without an umbrella! While I probably broke many of the commonly accepted maxims of parenting in these stories, you have to understand that I tried to make the list as onerous as possible to make my chores and my rules seem not-so-bad in comparison.

Of course, my kids knew that I was a complete pushover and they were entertained by my stories without taking them too seriously.

Over the years I drew pictures of these characters and came up with a fantastical place that they were from; an island which was far, far away in the South Pacific Ocean where no human had ever been. On this island, evolution took a different turn and plants became the intelligent species instead of mammals. Plants learned to move in order to find what they needed, richer soil, more water, and brighter sunlight. They had petals instead of hair, leaves instead of hands, and roots instead of feet. They learned to laugh and make friends. They learned to read and tell stories. These curious creatures became known as “the Bloomers”, and I named their home “Bloomers Island”.

I used our four children, Cassie, Alex, Sophia and Mac as the inspiration for the original four Bloomers –Lilly, Big Red, Rosey Posey, and Bud Inski. I wove their personality traits into their namesakes, their loveable qualities, eccentricities and ever endearing shortcomings.

At the end of the original Bloomers Island book, the little kids who were listening to the Bloomers’ story, hugged their mommy. They were grateful that she was fun and nice. She closed the book and informed them that she and their daddy had to go out for the night. Just then, the doorbell rang. When the kids answered the door, they were stunned to see none other than Iris at the door with her hissing snake wrapped around her shoulders and her pet bees swarming around her petals.

Eventually, the stories evolved so that instead of “Mean Iris,” it became the wise and wonderful Professor Sage who ran the Tree House School and dispensed sage advice to all his Bloomers. At school, the Bloomers had to learn to grow and eat their veggies where the tomato plants happily handed over their tomatoes, and the pumpkin plants their pumpkins. The lettuce heads were always happy for a trim. This was one of the things that encouraged my kids to eat their vegetables. When we visited Grandma back on our family farm, my kids harvested vegetables in her garden, looking for the Bloomers under the potatoes and peeking out from behind the cucumbers. That is when they learned to eat the fresh vegetables because they harvested them and they tasted even better than the vegetables from any grocery store. And obviously, fresh vegetables are much tastier than manure. 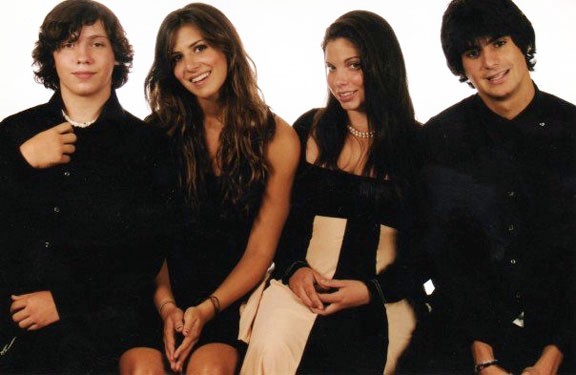 Ultimately my story became a bigger story in the sense that grownups care and parent in different ways. Some are laid back and permissive like I was. Some are more orderly. Some are more restrictive. Some parents don’t allow any television. My kids all had a T.V. in their rooms.

I think, after raising my kids and interacting with hundreds of other parents over the years, I realized that kids are resilient and it doesn’t really matter that much how you parent, as long as you’re not too extreme and your parenting is done with love. And that was always the main theme in my books; caring for oneself by eating healthy, taking good care of our children, and loving our planet. I hope that comes across successfully.